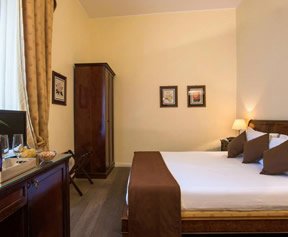 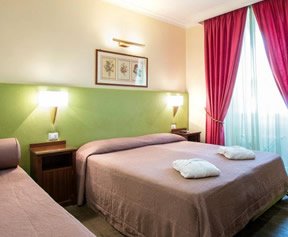 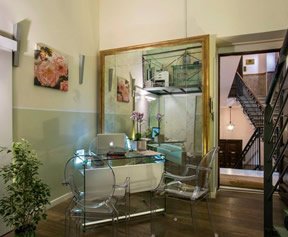 The Giardini del Quirinale luxury B&B in Rome enjoys a fantastic location in the northern part of the historical city centre, near to Piazza della Repubblica, the British Embassy, Piazza Barberini and Via Veneto. Moments away is the start of Via Nazionale, one of the city’s main high streets, which leads ultimately down to Piazza Venezia, the majestic Vittoriano Monument, the Roman Forums and the unmistakable figure of the Colosseum itself.

We’re also right on the metro line, so you can get further afield within minutes underground. One stop away from Termini, you’re also well connected to both airports, the Fiera di Roma exhibition centre, the Ports of Civitavecchia and Ostia Antica and of course, the towns and villages in the rolling hills of the region of Lazio.

If you’re driving to Rome from either airport or from the north or the south you’ll hit the GRA (Gran Raccordo Anulare) ring road or A80. Simply follow signs for the centre of town and Termini. On Via Giolitti, which runs parallel to the city’s main train station, there are numerous multi-storey car parks and we can organise a discount for you there if you contact us when you book online right here on our official website.